The term "Taisho Roman" refers to the cultural stylings of the Taisho Period of Japanese history (1912-1926), combined with the shortened form 'romantic'. An appropriate English translation might be "romantic vintage".

In terms of wafuku, Taisho Roman often begins with Taisho-era kimono, or kimono that have similar visual cues, such as bright colors and/or large, bold designs. The kimono is then heavily accessorized with elements of Western fashion from the 1920s, and occassionally touches of the 1910s or early 1930s.

There is a great deal of cross-over between Taisho Roman and Kimono-Hime style. When taken to extremes, Taisho Roman is considered more 'costume' than formal kimono and is not suited to events in Japan like formal wedding receptions or tea ceremony. In spite of its costume-like appearance, it is a great way for kimono enthusiasts to show off their own sense of style and enjoy more 'relaxed rules' of kimono. 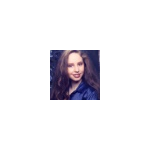